The most recent episode of Monday Night Raw witnessed the latest installment of the current saga playing out in the women’s division of WWE superstars. Divas Champion Nikki Bella and her sister Brie (accompanied by their new ally Alicia Fox) went to battle with former number one contender Naomi and her bosom chum Tamina.

The match itself was good, but the booking coupled with the reaction from the crowd high-lighted an issue that has been prevalent in WWE for the last year: the designation of heels and faces among the female roster is inconsistent and often times confusing.

END_OF_DOCUMENT_TOKEN_TO_BE_REPLACED

Wednesday, June 24th, Destination America aired TNA Impact Live. During the episode, a monumental happening took place: Jeff Jarrett, former co-founder and roster member of TNA and current co-founder of Global Force Wrestling (GFW) walked out to the six-sided ring for the first time since his departure from the company in late 2013. He and his wife and GFW co-founder, Karen Jarrett, addressed the TNA audience. 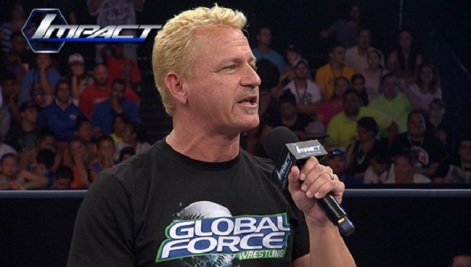 During their emotional speech, they announced that Jarrett would be returning for one night only as an Impact wrestler to compete in a King of the Mountain Match – the match that he created – on Sunday at the thirteenth anniversary of the company.

It promises to be an historic event.

The segment undeniably added to the night of surprises that TNA always shoots for anytime they go live, but certain aspects of the execution left a queer taste in the mouth, and begs to question whether the momentous occasion was carried out in the most effective manner.

END_OF_DOCUMENT_TOKEN_TO_BE_REPLACED 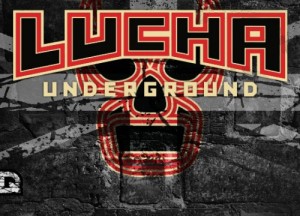 END_OF_DOCUMENT_TOKEN_TO_BE_REPLACED

Who is winning the Wednesday Night Wars? Part Three: NXT

When NXT Wrestling first aired from 2010 to 2012, its format was akin to reality television, where rookies taken from WWE’s development promotion FCW (Florida Championship Wrestling) would compete in a series of challenges to earn a spot on the main roster.

Although a number of current WWE superstars cut their teeth in NXT (most notably Seth Rollins, the first NXT grad to win the World Heavyweight Championship), it wasn’t until 2014 that NXT really started to get serious attention from audiences and industry analysts.

With three big live events under their belt, a touring schedule, and their current champion Kevin Owens making waves on the main roster, NXT is becoming a major force to be reckoned with.

END_OF_DOCUMENT_TOKEN_TO_BE_REPLACED

Who is winning the Wednesday Night Wars? Part Two: ROH

Since its inception, Ring of Honor has been relegated to specialty channels, the internet, and individually packaged video releases. If you wanted to see it, you had to look for it.

As of June 3rd of 2015, the indie promotion entered into a new age of exposure. Destination America has added the promotion’s weekly programming to its schedule, slotting it to follow TNA Impact.

Although only a recent addition to the array of pro wrestling television available to the public, they are so well established in the industry that they deserve a closer look in The Daily Jobber’s evaluation of the Wednesday Night Wars.

END_OF_DOCUMENT_TOKEN_TO_BE_REPLACED

Who is winning the Wednesday Night Wars? Part One: TNA

But who is doing it best? Is there a clear headliner, or do they each satisfy a different need from the pro wrestling fans? Can they offer lessons to one another? Who is doing what right and wrong?

The Daily Jobber decided to break these shows down and compare how they perform, in hope to shed some light on these questions.

END_OF_DOCUMENT_TOKEN_TO_BE_REPLACED

On Sunday night at Money in the Bank, Roman Reigns’s near certain triumph was thwarted by interference. In the ladder match which pitted him against six of the best that the current main roster boasts, the Samoan powerhouse was moments away from earning a guaranteed World Heavyweight Championship title shot when Bray Wyatt came out of nowhere and attacked. 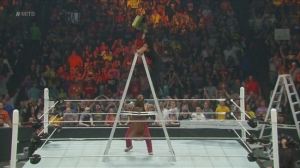 This has become Wyatt’s trademark. He disappears from sight, sometimes going weeks without an appearance on television, or at most he keeps to the periphery, to the shadows, whispering mysterious, sinister warnings.Then, when it appears a beloved hero, whether it be Roman Reigns or Dean Ambrose, is just about to score a win for “the good guys”, up pops Wyatt like the killer in a horror movie to ruin everything.

END_OF_DOCUMENT_TOKEN_TO_BE_REPLACED

With the development brand gaining more exposure on main roster programming, NXT brings its unique form of fresh talent to the stage.

After weeks of build, Samoa Joe makes his NXT debut! Also on the show, Becky Lynch makes her first appearance since her blockbuster performance at TakeOver. Emma goes one on one with crowd favourite Blue Pants. Tyler Breeze butts heads with Bull Dempsey. Zack Ryder brings Mojo Rawley back to the show. Every one of these things and a few more!

END_OF_DOCUMENT_TOKEN_TO_BE_REPLACED

AAA, Mark Burnett, Robert Rodriguez and the El Rey Network brings the hottest show in sports entertainment to the screen every Wednesday with Lucha: Underground!

This week’s episode features the return of Drago following his loss to Prince Puma which meant banishment from the Temple. The infamous Chavo Guerrero also returns to the ring, having struck a deal with Dario Cueto for protection. Catrina brings her sinister magic to bear with her new stable of disciples. What will be the ramifications of Vampiro’s actions last week? What is the special announcement Dario Cueto has planned? Let’s find out.

END_OF_DOCUMENT_TOKEN_TO_BE_REPLACED

With the X Division Championship left vacant, the field is set for extreme warfare. It all begins on Wednesday night at Universal Studios in Orlando, Florida.

Two TNA World Heavyweight Championship matches take place, as Rockstar Spud uses “Option C” to challenge Kurt Angle for the crown. Austin Aries cashes in his “Feast or Fired” contract for a chance to meet the winner of that match in the main event. Also, Taryn Terrell calls out Awesome Kong to come and play, but it won’t be an ordinary match. The X-Division competitors go head to head in three Triple Threat matches to determine who will go for the championship in a future match. All this, and Bram too!