The last big event before WrestleMania, and I am honestly disappointed the Elimination Chamber isn’t being prepped to be lowered ominously over the ring at in the FedEx Forum in Memphis, Tennessee.

In January, I would have thought that such a gimmick device could be quite useful in complimenting the number of talented superstars with great heat bouncing around before the Rumble, all with real possibilities of being a number one contender. Think about it: Daniel Bryan, Roman Reigns, Dolph Ziggler, Bray Wyatt, Rusev – all are gunning for the brass ring, all very capable and talented wrestlers, all going into the Rumble with heads of steam and eyes on the prize. You take all these stars, put them in the battle royal, shake well, and have it go to shmoz ending where no clear winner is declared. Then those wrestlers go to Elimination Chamber, where a decisive number one contender is crowned and any number of feuds may be born.

But no. The company decided to bypass the gimmick in favour of a generic offering that only serves to point out how WrestleMania is fast approaching and we need to build drama real friggin’ quick before the big night comes.

The WWE’s recent trend of leaving match cards relatively empty until days before the event is continuing, and in fact I had to look on the official website to find out exactly which matches we could expect on Sunday, because many were added in the last few days.

So, let’s get to the event itself before it’s already over and the results are already in.

END_OF_DOCUMENT_TOKEN_TO_BE_REPLACED

While the rest of the wrestling universe can’t seem to stop buzzing about the latest televised offering from Full Sail University, over on the west coast there is a hot young promotion that had me leaping from my seat last week. The inventively cutting edge Lucha: Underground airs its weekly showcase on El Rey Network from its studio in Boyle Heights, LA. What made this episode special was the much anticipated welcome of newly signed AAA Heavyweight Champion Alberto El Patron, formerly Alberto Del Rio, formerly Dos Caras, Jr.

END_OF_DOCUMENT_TOKEN_TO_BE_REPLACED

Is it just me, or does it seem like the Grinch stole WrestleMania?

This time of year is supposed to be a joyous time when we celebrate the best in dramatic story arcs and in-ring action the WWE has to offer, but since the Rumble ended and the Road to WrestleMania officially began, the air has been thick with criticism, skepticism and negativity.

The fans are vocally dissatisfied. They think Roman Reigns has been pushed to the main event scene too quickly and Daniel Bryan deserves the championship more. They think the main roster’s in-ring work is paling in comparison to its little brother, NXT. They say that WWE creative is out of touch with what people want to see and the company is going down.

I feel we all need to take a moment, breathe, and gain some perspective.

END_OF_DOCUMENT_TOKEN_TO_BE_REPLACED 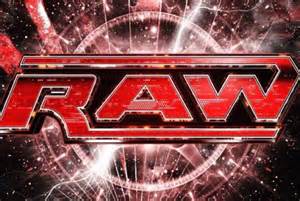 You know those episodes of WWE Monday Night Raw that make you so happy you tuned in? This was not one of those episodes. I honestly would have watched last week’s Smackdown again instead, and in many ways that’s what it felt like. Nothing truly groundbreaking occurred, with the exception of one or two items, which we will cover along with all the rest of the sub-par action on this week’s Raw re-cap.

END_OF_DOCUMENT_TOKEN_TO_BE_REPLACED

Hello, fellow smarks. Welcome to another edition of The Jobber Run-Down, where we take a look at this week’s edition of WWE (Formerly Friday) Night Smackdown on the USA Network!

The weeks since the Royal Rumble, WWE has been upping their game, aware that the pressure is on them to produce legitimate, quality entertainment or else give fans more reasons to change the channel. After last week’s Casket Match between Kane and Daniel Bryan, Smackdown definitely seems to rising to the occasion, as this week’s show was packed with excellent in-ring action and, unlike it’s clunking, bloated hulk of a big brother, Monday Night Raw, no segments felt dragged out or tired. Everything clicked for the performers on Thursday night, and part of that magic belongs to the crowd in Colorado Springs, who really helped to boost the stars.

END_OF_DOCUMENT_TOKEN_TO_BE_REPLACED

A week later and the storm seems to have passed. Whether I’m referring to the blizzard that had superstars and crew alike snowed in at WWE HQ where they were forced to cobble together a patchwork edition of Raw last week, or whether I’m referring to the raging whirlwind of negative responses many fans expressed after the Royal Rumble match, it can be fair to say both have stabilized.

Let’s get to this week’s Raw.