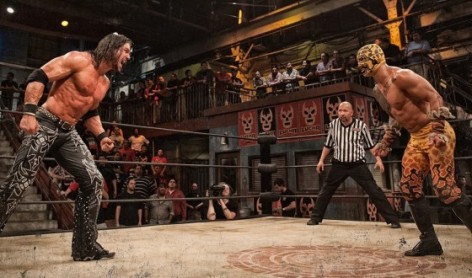 What the show does well:

What the show does not do well:

Lucha: Underground is a bold experiment, and its future is uncertain. The appeal of the show is irresistible to some, repelent to others. There are some who may see the promotion as the face of originality which will breathe new life into the sports entertainment industry, bringing on a new era and opening the door for ambitious imitators. There are others who conceivably view the endeavour as mocking the very essence of modern professional wrestling while simultaneously disrespecting its traditions.

It is important to remember that the show is primarily meant for Mexican audiences, and uses the standards of lucha libre to form its foundation. Although it pays proper respect to the traditions of AAA and other organizations of its ilk, it is entirely possible that American audiences may be cool to accept Lucha into their homes.

Regardless of whether it will ever become as large as WWE or as respected on the indie scene as ROH, Lucha: Underground’s contribution to the sports entertainment scene is clear and present: it offers a vacation from rigid convention when formula becomes stagnant. This makes the show appealing both to viewers new to professional wrestling, and to long-time fans in need of something new.