Archive for the tag “Jeff Jarrett”

From the Impact Zone in Orlando, Florida, the fate of TNA is decided in Lethal Lockdown.

Jeff Jarrett and his evil wife Karen have made their intentions clear and they are out to take over Dixie’s company. The fate of TNA is on the line in the main event, as teams representing both brands go to war inside a steel cage. Also on tonight’s episode, the Knockouts Championship up for grabs in a Fatal Four-way, and Abyss faces off with former Revolution member Mahabali Shera.

END_OF_DOCUMENT_TOKEN_TO_BE_REPLACED

Jeff Jarrett is left in charge of TNA while Bully Ray recovers from a mysterious attack, and he brings his GFW wrestlers to the Impact Zone for a night of friendly competition!

The King of the Mountain Championship is put up for grabs in tonight’s main event, as five TNA/GFW stars battle for the coveted prize. But who will compete? And who will take home the gold? Also, in the spirit of competition, it’s Global Force Wrestling vs Total Non-stop Action: Awesome Kong goes one on one with Lei’d Tapa; Tag Team Champions The Wolves take on Trevor Lee and Ryan Myers; X-Division action sees Champion Tigre Uno tangle with Sunjay Dutt. EC3, Matt Hardy, Eric Young, Lashley, Jesse Godderz, Drew Galloway, Bobby Roode, Rockstar Spud and more familiar faces all join in this ground-breaking attempt at cross-promotional warfare.

END_OF_DOCUMENT_TOKEN_TO_BE_REPLACED

Live, prerecorded from the Impact Zone in Orlando, Florida its Wednesday Night Impact on Destination America!

Jeff Jarrett is honoured with an induction into the TNA Hall of Fame, which takes centre stage in Impact’s main event. Leading in, the big match of the night sees Magnus teaming for the first time with partner Mickie James in what will be her return to the ring and farewell performance, versus arch rivals and former friends James Storm and his newest Revolution recruit Serena. Also: Matt Hardy reveals his stipulation of choice for his World Heavyweight Championship match with Ethan Carter III, Brooke defends the Knockout Championship against Marti Bell; Chris Melendez takes on Eric Young; and promos, promos, promos!

END_OF_DOCUMENT_TOKEN_TO_BE_REPLACED

June 28th, 2015. The thirteenth anniversary of Total Non-stop Action Wrestling’s biggest Pay-Per-View spectacular was celebrated. The show boasted some memorable moments and enthralling in-ring action. It also, however, suffered from technical difficulties, awkward billing, and a severe lack of build-up. 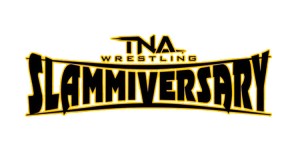 With the dirt sheets a-litter with news that five top stars of TNA’s roster are jumping ship and rumours that the company is on the verge of closing its doors, an oddly wistful shadow was cast over Sunday night’s proceedings.

Before his match with James Storm, Magnus cut a promo which, although a bit muddled, dripped with the emotion of a sentimental farewell as much as his quivering lip and tear-filled eyes:

“It’s the thirteenth anniversary of the little company with big, big dreams. It’s Slammiversary in good, old Orlando, Florida. The stars are out and ready to shine, and tonight the smart money is that two of TNA’s biggest and brightest stars shine bright on Pay-Per-View for the last time. People can say what they want about this company, and I know you do. But dammit, for six years this company has been my home, it’s given me some great memories, some great times, and I grew up in this company and I’m proud of it.”

It was announced the next day that Nick “Magnus” Aldis was officially signed to Jeff Jarrett’s Global Force Wrestling.

What were the big take-aways from this year’s Slammiversary? What were the highs and lows and crunchy middles of the event which may wind up being TNA’s Pay-Per-View swam song? Let’s take a closer look.

END_OF_DOCUMENT_TOKEN_TO_BE_REPLACED

Wednesday, June 24th, Destination America aired TNA Impact Live. During the episode, a monumental happening took place: Jeff Jarrett, former co-founder and roster member of TNA and current co-founder of Global Force Wrestling (GFW) walked out to the six-sided ring for the first time since his departure from the company in late 2013. He and his wife and GFW co-founder, Karen Jarrett, addressed the TNA audience.

During their emotional speech, they announced that Jarrett would be returning for one night only as an Impact wrestler to compete in a King of the Mountain Match – the match that he created – on Sunday at the thirteenth anniversary of the company.

It promises to be an historic event.

The segment undeniably added to the night of surprises that TNA always shoots for anytime they go live, but certain aspects of the execution left a queer taste in the mouth, and begs to question whether the momentous occasion was carried out in the most effective manner.