Archive for the tag “Undertaker”

WWE officially announced on Twitter, then to the television audiences on Monday Night Raw: first inductee to this year’s Hall Of Fame is former WCW/TNA Champion Sting. 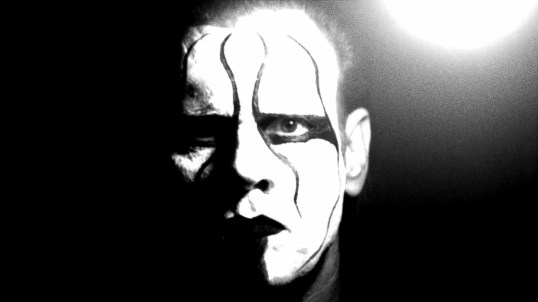 The man born as Steve Borden responded via Twitter, saying he was “honored”. COO Triple H released a statement: “His contributions to our industry are unprecedented, and we look forward to celebrating his incredible career with fans all over the world.” END_OF_DOCUMENT_TOKEN_TO_BE_REPLACED

Monday Night Raw provided the WWE Universe with a supernatural spectacle. Bray Wyatt, claiming he had successfully absorbed the otherworldly powers of both the Undertaker and his “Brother of Destruction” Kane, pronounced himself the most dominant force in WWE.

He emphasized his point by calling down thunder and lightning, which came on cue. Pyrotechnics exploded, a video montage dedicated to BOD played on the TitanTron, as Bray Wyatt cackled like an evil genius.

END_OF_DOCUMENT_TOKEN_TO_BE_REPLACED

The match was a brutal and bloody brawl professionally pulled off by two masters of manipulating reality and make-believe. Like any well-constructed professional wrestling match, the audience was left wondering how much of the action was scripted and improvised, what was planned and off the cuff, what was a work and what was a shoot.

Brock Lesnar has made this blurring of lines separating kayfabe and reality part of his drawing power. It has become one of the biggest reasons he is so interesting to watch, besides of course his awesome physical ability and seamless psychology.

END_OF_DOCUMENT_TOKEN_TO_BE_REPLACED

It’s official. The date and venue has been announced, and unfortunately it is not BC Place in Vancouver.

Wrestlemania 32 (or XXXII) will be held at AT&T Stadium in Arlington, Texas, home of the Dallas Cowboys, on April 3, 2016.