Last week, Michael Cole announced that he would take over responsibilities as General Manager of NXT while William Regal recovers from neck surgery. 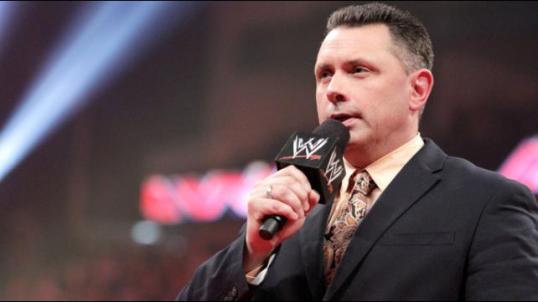 The declaration that Cole was “in charge” received a round of resounding boos from the Full Sail University audience. The reception was not helped by Cole’s first official announcement as GM: that after receiving word from “corporate”, the championship match between Eva Marie and Bayley would happen regardless of Regal’s previous wishes.

Michael Cole’s negative reception comes from his public image as a corporate lapdog, coupled with his comparatively bland commentary style. Surrounded by such colourful personalities as JBL and Jerry Lawler, Cole often blends into the scenery.

For many casual observers, the move to make the Raw commentator General Manager of WWE’s development brand is out of sorts and unnatural. However, like many on-air personalities, Cole’s role in the company is larger than his character would have one believe. 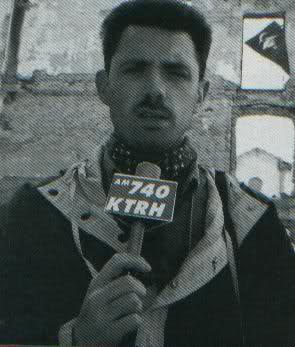 Michael Coulthard began his career as a journalist. During the late 80s and 90s, he covered the US presidential campaigns of Michael Dukakis, Bill Clinton, Steve Forbes and Bob Dole, as well as the siege at Waco, the Yugoslavian civil war, and the aftermath of the Oklahoma City bombing.

He was recommended to WWF by Todd Pettengill and began his career as a backstage interviewer in 1997, adopting the stage name Michael Cole. 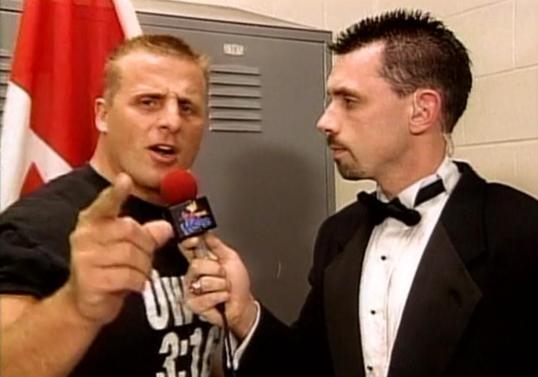 In 1999, Cole became the play-by-play man for Monday Night Raw after Jim Ross was hit with Bell’s palsy. Later that year, he became the main commentator for WWF’s new show, Smackdown. He would remain at the Smackdown desk for nearly a decade before moving to Raw in 2008.

In April of 2006 Cole was made Managing Editor of WWE.com.

Many fans harbour resentment for Cole due to his heel run from 2010 to 2012, when he feuded with Daniel Bryan, CM Punk, Jim Ross, and most notably Jerry “The King” Lawler. 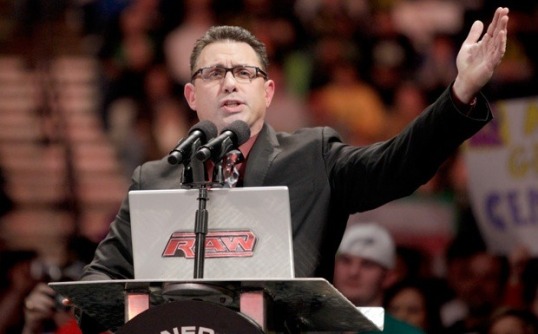 Also during this time, Cole was made official spokesperson for Raw’s Anonymous General Manager. This, coupled with his heel commentary, cemented him as a corporate lackey.

Cole returned to a more neutral play-by-play character after Jerry Lawler suffered a heart attack on the air. He provided constant health status updates and appeared on television programs speaking on behalf of his fellow broadcast colleague. The two settled their old grievances publicly when Lawler returned to the desk in November 2012.

Many on-air personalities have roles and responsibilities which go beyond what the public is privy to. 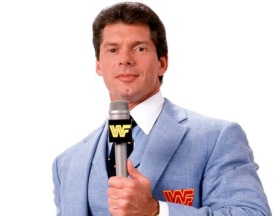 Many wrestling fans in the early 90s knew Vince McMahon only as the host of WWF Superstars and Monday Night Raw. As New Generation became the Attitude Era, his true role as principle owner of the entire company was made public and incorporated into storylines. 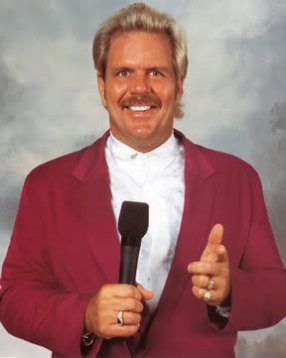 “Handsome” Doc Hendrix was introduced to audiences in the mid-90s as well through his role at the Superstars desk. Older wrestling fans would know the colour commentator as Michael Hayes from the Fabulous Freebirds. But eventually, fans would know him as Head Road Agent and Producer for WWE. 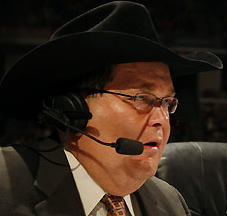 Jim Ross, once a celebrated play-by-play man for American football and widely recognized “voice of the WWE”, became deeply involved in the company as Talent Relations Consultant.

As the True Story of WrestleMania documentary revealed, it was ring announcer Howard Finkel who actually came up with the name for the event. His role as ring announcer should not belittle his influence on the goings on behind the curtain. He worked for Vince McMahon, Sr. and handled many talent relations and creative duties in WWF’s early days.

Michael Cole, too, holds a place of influence in WWE. In E:60’s Behind the Curtain documentary, released earlier this year, Cole was shown in round table discussions where the fates and directions of NXT development talent were discussed and decided. He sat alongside such power players as Triple H, Michael Hayes, Billy Gunn, Bill Demott, Terry Taylor and Dusty Rhodes.

Granting him the honour and distinction of General Manager is a nod to his tenure with WWE. But how will it be received by fans? 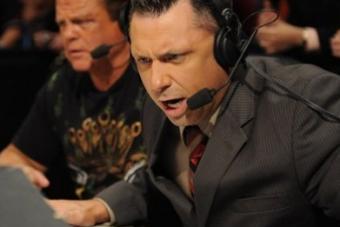 If Cole’s role is to play the corporate bag man, delivering bad news and controversial decisions which plant seeds of corruption in the hierarchy of NXT, it could draw significant heat and work for the story. If he is to be taken seriously, it won’t work as well.

Cole appears to be aware of the effect he has on crowd’s and plays his part well. As straight and impartial play-by-play man on Monday Night Raw, he tends not to stand out. Having a more prominent role on NXT will give him opportunities to explore his character.

The promotion to General Manager did seem to come from left field, and one wonders if the creative department will spin new angles which will add context. Cole’s involvement could become pivotal in getting over angles of corruption and conspiracy, if that is a direction the company wishes to go in.

Certainly, the match between Eva Marie and Bayley was rife with controversy, and was executed masterfully. Can audiences look forward to more shady dealings in the future? Could the sanctity and honour of NXT become threatened?