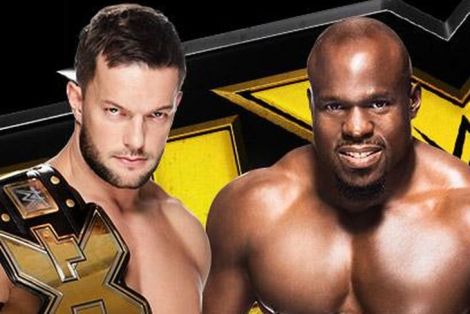 After a solid match, the competitors were taking things home when out of nowhere came Baron Corbin, who took out Crews before turning his fury on the champ.

The crowd popped as Samoa Joe came down to make the save, and Corbin scarpered. A rude surprise however, as Joe turned on Balor. After delivering a series of punches and kicks and a gut-buster, Joe draped the championship belt across Balor’s chest and walked off to chants of “Why, Joe, why?”

The segment was well conceived and executed by the folks at NXT, who are delivering more solid action than ever before.

To begin, the meeting between Apollo Crews and Finn Balor was built up extensively over the past two weeks. Video packages showed the personal motivations of the challenger, which was sorely needed.

Crews has built a head of steam as an undefeated rookie thus far, after coming from renown on the independent circuit. But to many fans, Crews is still vanilla, and these vignettes helped to flesh out his character as well as add stakes to this main event contest.

As the two warriors squared off in the ring, the fans were already hot for the match. Both are stellar athletes and performers, and they did not disappoint.

The match itself was great for an NXT television main event, but you could also tell that both men were holding back. Knowing they will meet again, probably on a much bigger stage, the match left the fans hungry for more.

Baron Corbin got major heat for blowing the match’s ending. It served dual purposes: keeping Corbin relevant in the championship picture as a top heel; and providing a way to keep the title off Crews for the moment without having him job. Crews deserves to continue building momentum, but it’s far too early to put the belt on him.

A feud with Baron Corbin will provide Crews with a worth-while program as he climbs the NXT ladder, and hopefully will also serve to elevate Corbin. It also makes sense, as it was Crews who eliminated Corbin from the battle royal to become number one contender.

Samoa Joe turning heel was the night’s big pay-off, though. Since signing with NXT, Joe has turned in top quality matches and the intensity and technical prowess which has made him legendary. However, many feel he has lacked real direction. 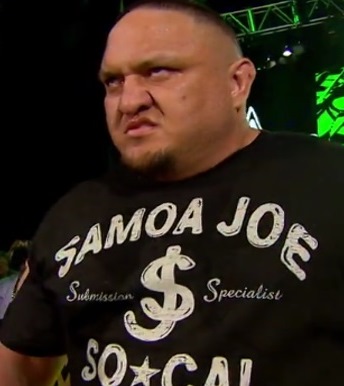 Targeting Finn Balor and the NXT Championship fits Joe’s NXT character as a seasoned prize fighter, driven to prove he is the best. It also didn’t come from nowhere, ground-work has been subtly laid throughout the Dusty Rhodes Classic when Joe and Balor teamed together. Hints, of jealousy, competitiveness and bitterness were played – but not over-played.

Although the fans were denied a clean finish between two great in-ring stars, the shmoz to close the show was ultimately rewarding. Joe vs Balor and Crews vs Corbin promise to provide great action for NXT’s first foreign affair, Takeover: London.