WWE World Heavyweight Champion Seth Rollins has torn his right ACL, MCL and medial meniscus during a live event in Dublin, Ireland. He is expected to miss six to nine months of action. 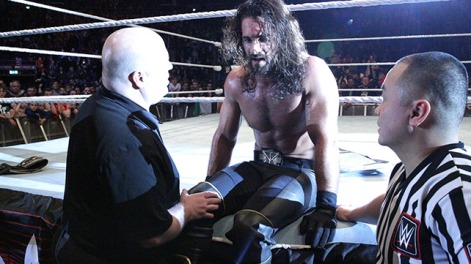 The news was broken by ESPN’s Jonathon Coachman Wednesday night, and was officially confirmed by WWE.com the following morning.

Once the depth and seriousness of the injury was known, WWE immediately vacated the World Heavyweight Championship and announced that a tournament would be held November 22nd at Survivor Series to crown a new champion.

This is a heavy blow to the company, as Rollins has become its cornerstone since winning the title at WrestleMania 31. No doubt he factored majorly into story-lines going forward into the new year and the start of the ever-important Road to WrestleMania.

Projecting a sabbatical of six to nine months means that in the very best case scenario, it is highly unlikely that Rollins will be ready for action come WrestleMania time. It may be possible that Rollins would be able to return in time for the Money In The Bank pay-per-view, which would provide a launching pad to mark his comeback, but at this point it is far too early to predict anything.

Details on the WWE World Heavyweight Championship tournament are scarce at this point. With the title vacant, an opportunity has been created for the remaining active roster members to grab that brass ring and run.

Roman Reigns was originally ranked as number one contender and was slated to face Rollins at Survivor Series. Whether WWE was planning on putting the belt on him at that time is uncertain, but regardless of previous plans, Reigns undoubtedly finds himself as the odds on favourite to win the tournament.

There are many X-factors to consider, but two stand out in particular.

Brock Lesnar has not been seen on television or heard from since his brutal match with Undertaker at Hell In A Cell. The Beast, no doubt, sees himself as a top – if not, the top – contender for Rollins’s title, and for this tournament to carry forth without his presence being felt is highly unlikely.

Another superstar to consider is Sheamus. Despite the fact he has been competing as a tag team alongside King Barrett for weeks, he still holds the Money in the Bank briefcase. A tournament provides an ideal situation for him to cash in his contract.

We may very well see Roman Reigns battle his way all the way to the top of the heap, only to have his prize yanked away at the last moment by either a vengeful monster or a sly opportunist.

While WWE attempts to re-adjust its plans and determine how best to go on without Seth Rollins, the man himself needs to focus on recovery. 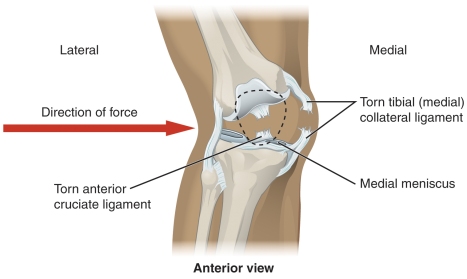 It may be tempting for a young athlete in such a prestigious position to want to rush back to action, but such a course invites disaster and misfortune to re-occur. Difficult as it may be, if Rollins desires a long an illustrious career full of WrestleMania moments and title reigns, he will have to bite the bullet and let this one go.